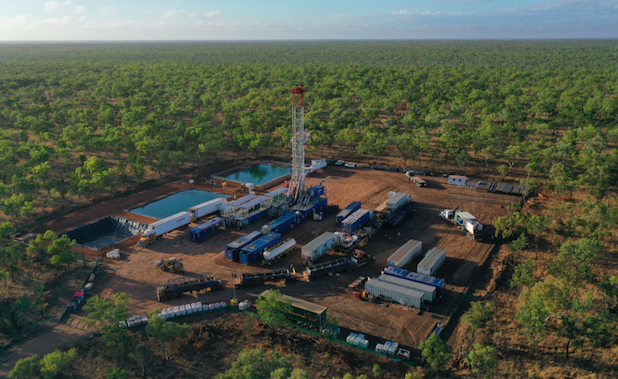 On Thursday 29 July 2021, The Environment Centre Northern Territory (ECNT), represented by the EDO filed urgent proceedings in the Federal Court of Australia, questioning the lawfulness of the Commonwealth Minister for Resources decision to grant up to $21M of taxpayer money to Imperial Oil and Gas.

We desperately need to raise funds to support our work in developing and running a campaign to ensure taxpayers money is used wisely and with all the consequences being fully considered. Granting $21 million to a private fossil fuel company should only be done after all care is taken to examine the impacts on climate change, the environment and the community. The law requires the Minister to be satisfied that the expenditure is a proper use of money having made reasonable inquiries. We say that means inquiries into the risks of a heating climate if the heart of the Northern Territory was opened up to fracking.

Funds raised will go towards our campaign as well as paying for the costs associated with this litigation.

Earlier this month, Minister Keith Pitt issued a media release announcing the first grants from the Beetaloo Cooperative Drilling Program would go to Imperial Oil and Gas to support three new exploration wells to “to help accelerate development of gas projects in the Northern Territory.” Imperial Oil and Gas is a wholly owned subsidiary of the publicly listed Empire Energy.

ECNT’s proceeding argues that the Minister was required to make reasonable inquiries into a range of matters before giving Imperial a large amount of taxpayer money, including how exploitation of the Beetaloo sub-basin would impact climate change and Australia meeting its Paris Agreement obligations.

The Court documents argue that Minister Pitt didn’t make reasonable inquiries about climate change risks, transition risks to a zero carbon economy, and risks associated with failing to meet the targets of the Paris Agreement. It is not apparent to ECNT from the available public documents that the Minister made any inquiries about the climate change risks of gas developments in the Beetaloo.

The ECNT has asked that the Minister not take any further steps in relation to the grant of taxpayer funds under the Program until the validity of his decisions are determined by the Court.

We desperately need funds to support our work on this campaign and to pay for the costs associated with this litigation. Please consider a donation to ECNT on this page to contribute to our work and campaigning.