As a result of weak environmental laws the NT has a number of legacy mine sites which pose a significant risk to the environment and surrounding communities.

Most of these sites ceased operations before 2005 when there were no requirements for operators to lodge a rehabilitation security bond. The estimated level of historical mining liabilities in the NT is $1 billion.

From the MacArthur River to Pine Creek, NT landscapes are littered with the legacy of an ‘anything goes’ approach to industrial development. Too often, local communities and taxpayers are left to bear the burden of this destructive development when industry walks away from their responsibilities.

The McArthur River mine is one of the world's largest zinc, lead and silver mines and is one of the NT's biggest environmental disasters.

Glencore’s open pit lead and zinc mine in the bed of the McArthur River is 50km south of the town of Borroloola. The river, controversially diverted around the expanding mine pit, is the lifeblood of the Gulf of Carpenteria. Residents, tourists and recreational fishers eat the river’s abundant fish, and local pastoral stations and communities rely on its freshwater.

The mine’s leaking tailings dam was found to be at risk of collapse and in 2014 high levels of lead were found in local fish stocks and 400 cattle had to be destroyed after the Department of Mines and Energy found cattle contaminated with lead after accessing a contaminated creek on the McArthur River Mine site.

Recently Glencore received approval to extend its mining operation until 2048, resulting in an estimated 1000 years of rehabilitation and monitoring. No clear plan of mine rehabilitation was ascertained during the environment impact assessment stage and the bond increased by only $33 million, despite far less complex projects of similar scale requiring around $1bn for rehabilitation 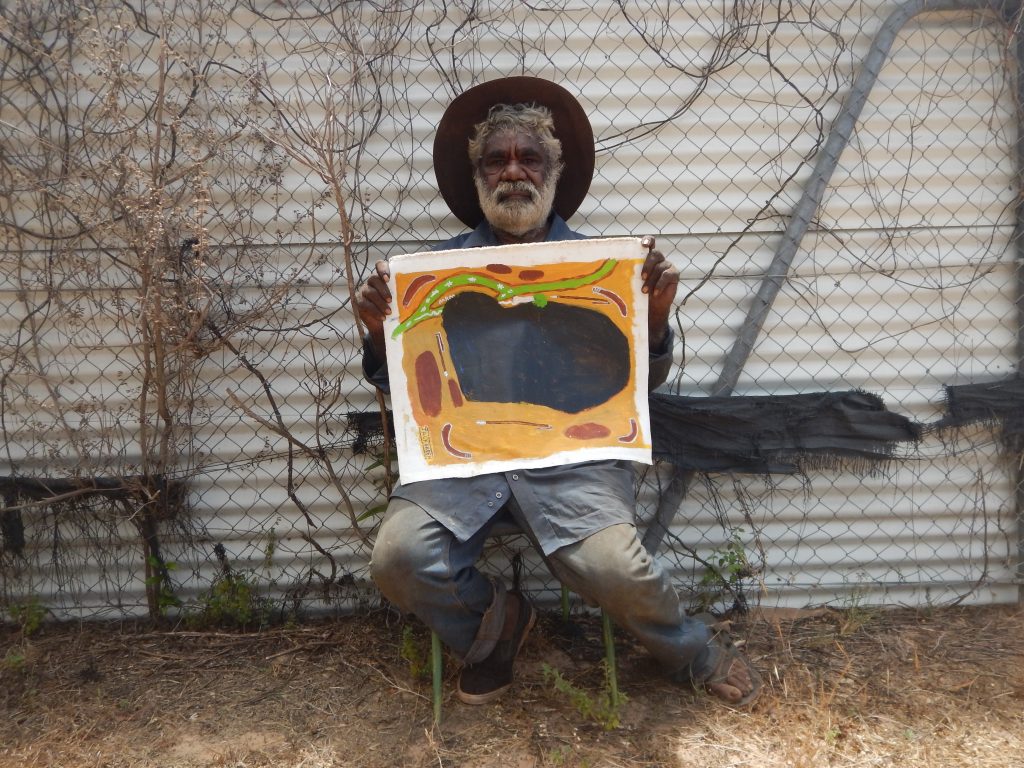 “I want to show people what is happening to our country and to Aboriginal people. No one is listening to us. What we want. How we want to live. What we want in the future for our children. It’s for these reasons that I started to paint. I want government to listen to Aboriginal people. I want people in the cities to know what’s happening to us and our country. I want the government and mining companies to know that we are still here. We aren’t going anywhere. We aren’t dead yet. We are still here, feeling the country.” Jack Green is a Garawa Elder, warrior and artist from the remote south-west Gulf in the Northern Territory.

Sick Country is a short film produced by the Environment Centre NT with Traditional Owners and the community of Borroloola speaking out about the damage done by Glencore’s imposed and reckless mining at McArthur River. The community continues to be impacted by this mine.

The Frances Creek Mine at Pine Creek shut down in 2014 after iron ore prices plummeted. Acid water seepage into the nearby Jasmine Creek, likely groundwater contamination from exposed potentially acid-forming material, insufficient water quality monitoring and pit backfilling were among a long list of environmental concerns for the site. The NT Government was found to have failed to monitor the site properly.

The security bond for the site was patently inadequate at $5.4 million, with estimates that it could cost up to $30 million to rehabilitate the site.

ECNT will continue to campaign for adequate security bonds and full rehabilitation of NT's legacy mines.