Stopping Deforestation In The NT

The Top End is the heart of the world’s largest relatively intact tropical savanna woodlands and grasslands, which stretches 3000 km between Cairns and Broome across Northern Australia. Patches of rainforest are seen along river banks and in coastal areas, and shelter in the deep sandstone gorges of the Arnhem Plateau.

Habitat loss is primary driver of wildlife destruction. This is caused by weeds, wildfire, feral animals, land clearing and over-grazing by cattle. The extinction crisis sweeping small and medium sized mammals is likely due to both habitat loss and degradation, as well as predation by cats, with even our best managed areas like Kakadu National Park not safe refuges.

ECNT and the Environmental Defenders Office had a great victory in September 2019, with the Supreme Court ruling that a permit to clear more than 20,000 hectares of native vegetation at Maryfield Station was invalid.

The permit was approved in 2017 to clear the native vegetation at the station. The Environmental Protection Authority did not request an environmental impact assessment before awarding the permit. The case was considered to be the first in the Northern Territory to challenge the approval of land clearing on the basis of climate change impacts.

Lawyers for the Environmental Defenders Office NT argued the authority was wrong in regarding itself unable to consider the impact of the clearing's emissions because the Northern Territory had no climate policy and because the emissions would not have a nationally significant environmental impact. The Supreme Court heard that estimates of the likely emissions were not provided to EPA members in the briefing papers prepared for them, despite officers from the Department of Environment and Natural Resources calculating an estimate of 2.3 megatonnes or 18.5 per cent of the NT's total annual emissions for 2015.

Maryfield Station has now lodged a new application to bulldoze and burn 4650 hectares of native woodland, and replace it with introduced grasses that have a potential to become invasive weeds. We believe this is unacceptable, as the land there is native habitat supporting species and ecosystems in the NT.

Given the significant impacts that arise from this land clearing application the ECNT is demanding the Pastoral Land Board must: 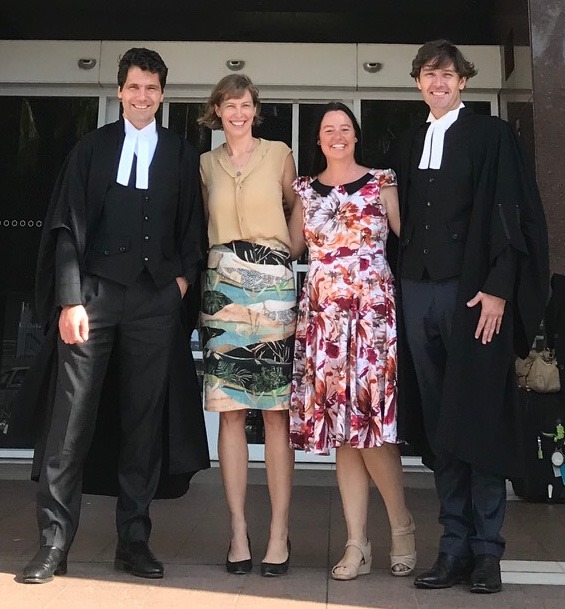