Have a guilt-free night on the couch and tune into Transitions Film Festival from home! Currently in full swing, the 2021 program is full of cutting-edge documentaries about the existential challenges, mega-trends, game-changing technologies, and creative visions that will shape our collective future. Premiering inspiring documentaries about the solutions to our greatest challenges, the Transitions Film Festival will let you see the change you want to be in the world. This year's festival showcases a huge range of amazing films about ethical business, creative innovation, the wonders of nature, protecting biodiversity, and solving the climate crisis. Use our special discount code LOVETREES for 30% off tickets!

It was a jam-packed February, with news about ECNT’s court case with Borroloola residents Jack Green and Josie Davey challenging Minister Manison’s decision to slash the security bond at McArthur River Mine dominating the media here and nationally. We are so proud to be standing with Borroloola community on an issue that ECNT has fought hard about for decades. To find out how you can support our campaign, read below.

We are also excited about the discovery of new species of stygofauna in the aquifers underlying the Beetaloo Basin. These special creatures filter the water that 90% of Territorians depend upon for their needs. They could derail plans for fracking and irrigated agriculture across the Territory. We will be holding a special event in late March featuring the researchers responsible for this amazing discovery. Keep an eye out for our new ‘magic prawn’ merch!

Welcome to Jodie Minton, our new Climate Conversations Coordinator. Jodie will be responsible for leading the charge to create dialogue and enhance knowledge about climate change throughout the Territory. We couldn’t be more excited to have someone of her expertise and passion joining the team.

The threats posed by large scale irrigated agriculture have become very real south of Tennant Creek, where Fortune Agribusiness is proposing to drain an aquifer by up to 50metres to access 40 billion litres of water a year. We are standing with traditional owners to oppose the grant of this licence, and Territorians are very scared about what might be coming over the horizon. Our polling shows that large scale cotton is not wanted in the Territory until the mess in the Murray Darling Basin is cleaned up! Read more below.

Thanks again for all your support of ECNT’s work.

For the first time in 20 years, the Northern Territory is reforming its outdated mining laws. This is a once-in-a-generation opportunity to fix the system that produced the most toxic mine in Australia: McArthur River Mine. The NT’s mining laws are not working, and they never have. They are a significant reputation, financial and environmental risk to the Northern Territory.

ECNT has put in a submission calling for 8 components to proposed reforms to the NT’s mining system:

In February, The Environment Centre NT, together with Borroloola residents Jack Green and Josie Davey (represented by the Environmental Defenders Office) served court proceedings challenging the NT Government’s decision to slash the environmental bond for Glencore’s controversial McArthur River Mine by almost $120 million.

Learn more about the campaign on our website, and donate here.

Hello, my name's Jodie. I've lived in Darwin since 2017 and in Central Australia for a stint during 2006-2007. I'm a nature lover, passionate advocate and Educator. I've worked with communities in Darwin, Alice Springs, Tennant Creek and Katherine, and remotely in the NT. Climate Change is something that's concerned me since I was 10 years old. I've been involved with many community organisations working in this space since my early 20's, and in 2018 I came across an organisation doing the most inspiring climate advocacy work I've seen. The organisation is called Climate for Change, and in 2019 I trained to become a volunteer conversation program facilitator.

I introduced the program to Darwin in 2019 and rolled it out until 2020 when Covid-19 stopped us all in our tracks! I'm really pleased to say that since then ECNT, in partnership with Climate for Change, has secured funding to continue and build on that work across the NT. Facilitating Climate Conversations, using the Climate for Change model, is the best way I know to help shift the conversation on Climate Change and achieve meaningful climate action. I'm confident the conversation program will go from strength to strength in the NT, and I'm really pleases to have the opportunity to help grow it here. Please get in touch with me if you'd like to know more about the program, [email protected] I look forward to working with you and seeing you around. 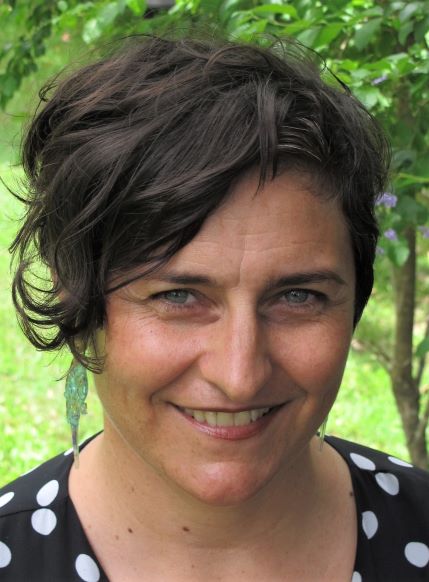 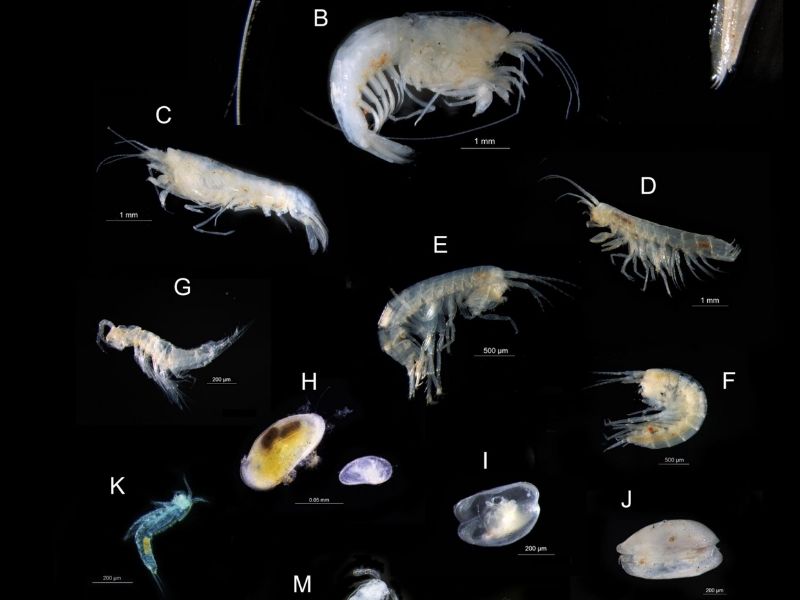 Important research released out of Charles Darwin University and CSIRO could significantly impact plans for both fracking and large-scale agriculture in the Northern Territory.

11 new species of stygofauna have been found in the aquifers underlying the Beetaloo gas fields, stretching up to Katherine.

Stay tuned as we will be hosting an event on Thursday night, 25 March all about stygofauna, and have some exciting merch coming too which we'll be selling as a fundraiser!

In the last week of February, the ECNT team was part of the two-day “Our Climate, Jobs, and Community” Forum, held at CDU’s Waterfront campus.  This forum was the third in a series of climate justice forums that ECNT has helped to organise, the last being held in Alice Springs almost a year ago.  Around 60 people attended this forum, including representatives from other environmental organisations, Aboriginal organisations, social service agencies, unions, and the university sector.  Loosely in response to the report of the Territory Economic Reconstruction Commission released late last year, this forum was an opportunity to dispel some common myths about the Territory economy, envision the type of economy and society we would like to see, and talk about how we can all work together to get there.  Dr Amanda Cahill, from The Next Economy organisation, facilitated these conversations. It was great to feel the passion in the room for creating a more just and sustainable economy, and we look forward to continuing to work with our fellow forum attendees to make this happen. 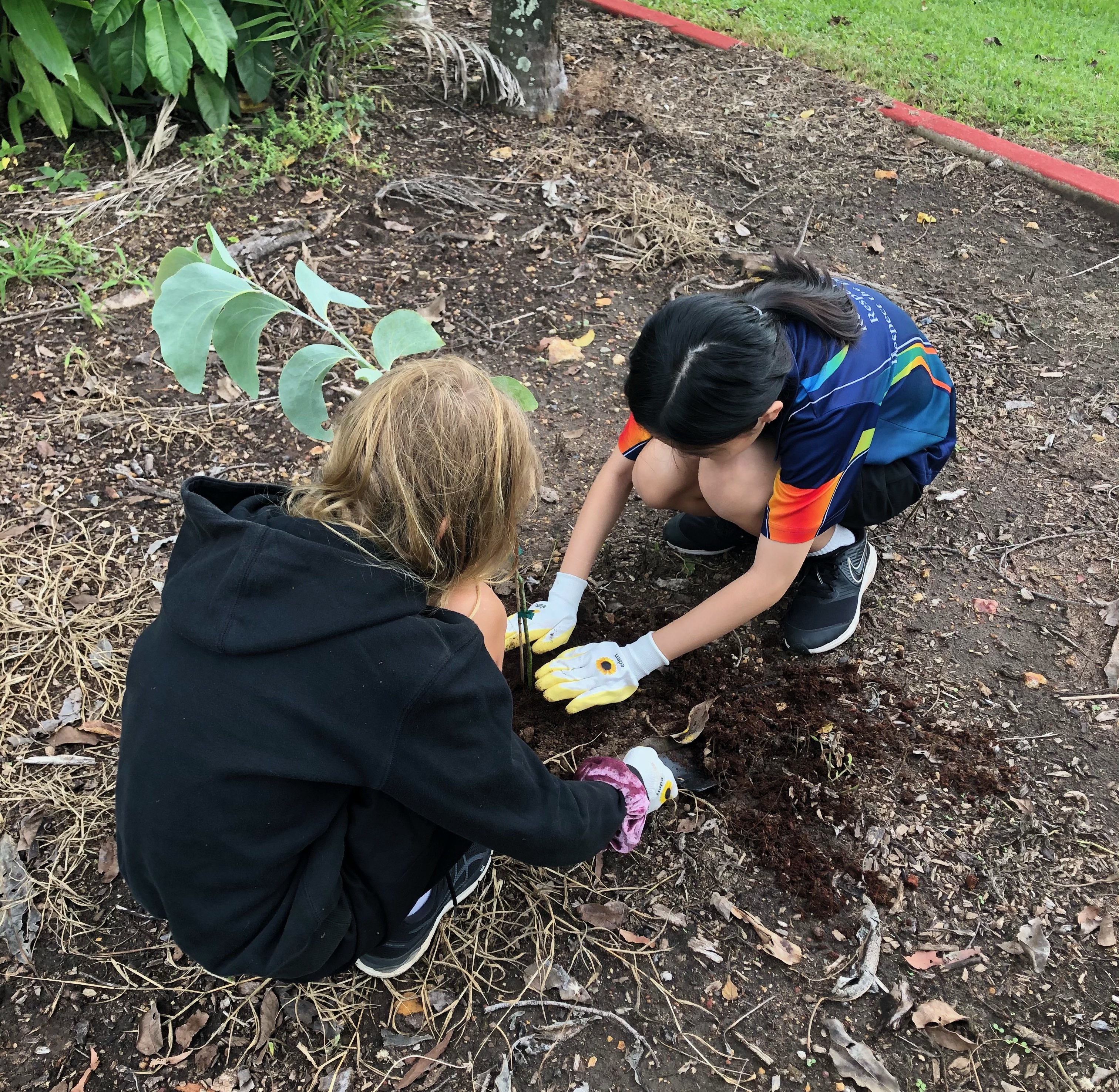 COOLmob have been busy working with schools in Greater Darwin to deliver native tree planting and carbon footprint education sessions. Above is a snapshot from our planting session with Malak Primary School student leaders in late February. If you're intersted in COOLmob coming to your school, sign up on our website here. 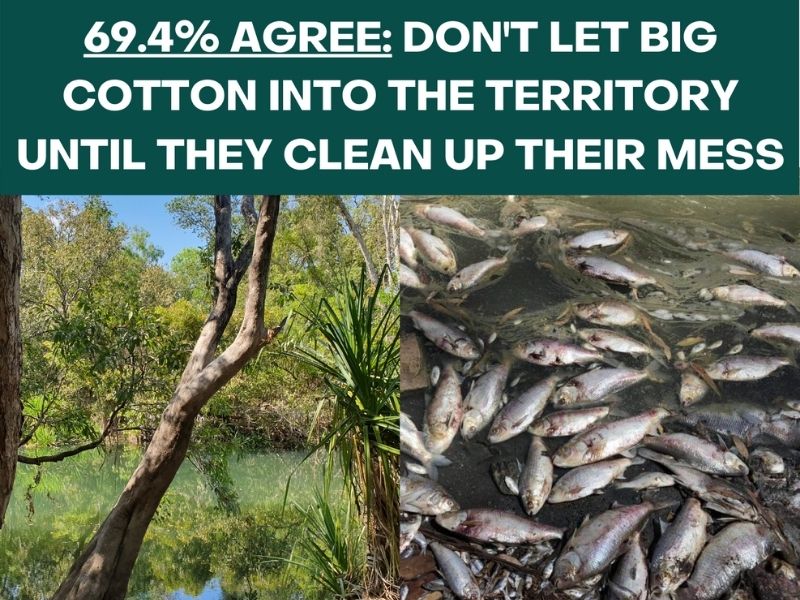 We polled fifteen Territory electorates across the Top End and the message is clear:

Our Katherine Water Information Day last month showed the same thing: more than 200 people came through to talk about their fears for their water, threatened by fracking, cotton and PFAS.

The NT Government needs to listen to the community’s concerns and commit to giving no public money to big cotton. If you share these concerns, contact your local MLA to let them know you don’t want to see large-scale cotton in the NT. Read the polling here.

Gamba: more action on the way

With the recent breaks in the rain, the Gamba Army has kept spraying and made more progress against gamba infestations. Territorians know that gamba can’t be controlled in just one season; the Gamba Army, Gamba Plan and plenty of other programs will need more resources in years to come to actually get on top of this dangerous weed.

You can write to the NT Government for more resources for gamba action in this year’s Budget here.

Our partners at Gamba Grass Roots will be at the Fire Ready Week Open Day at the Bushfires NT HQ in Acacia Hills, 10am-2pm on Saturday 6 March. Head along for more information to help you prepare your property for the fire season, make a Bushfire Survival Plan, and manage dangerous weeds on your block.

Lots of what we do to achieve our vision happens behind the scenes, and we've had some requests to share what we've been working on. Below are the submissions and media we've written over the past month:

Talk to you soon,