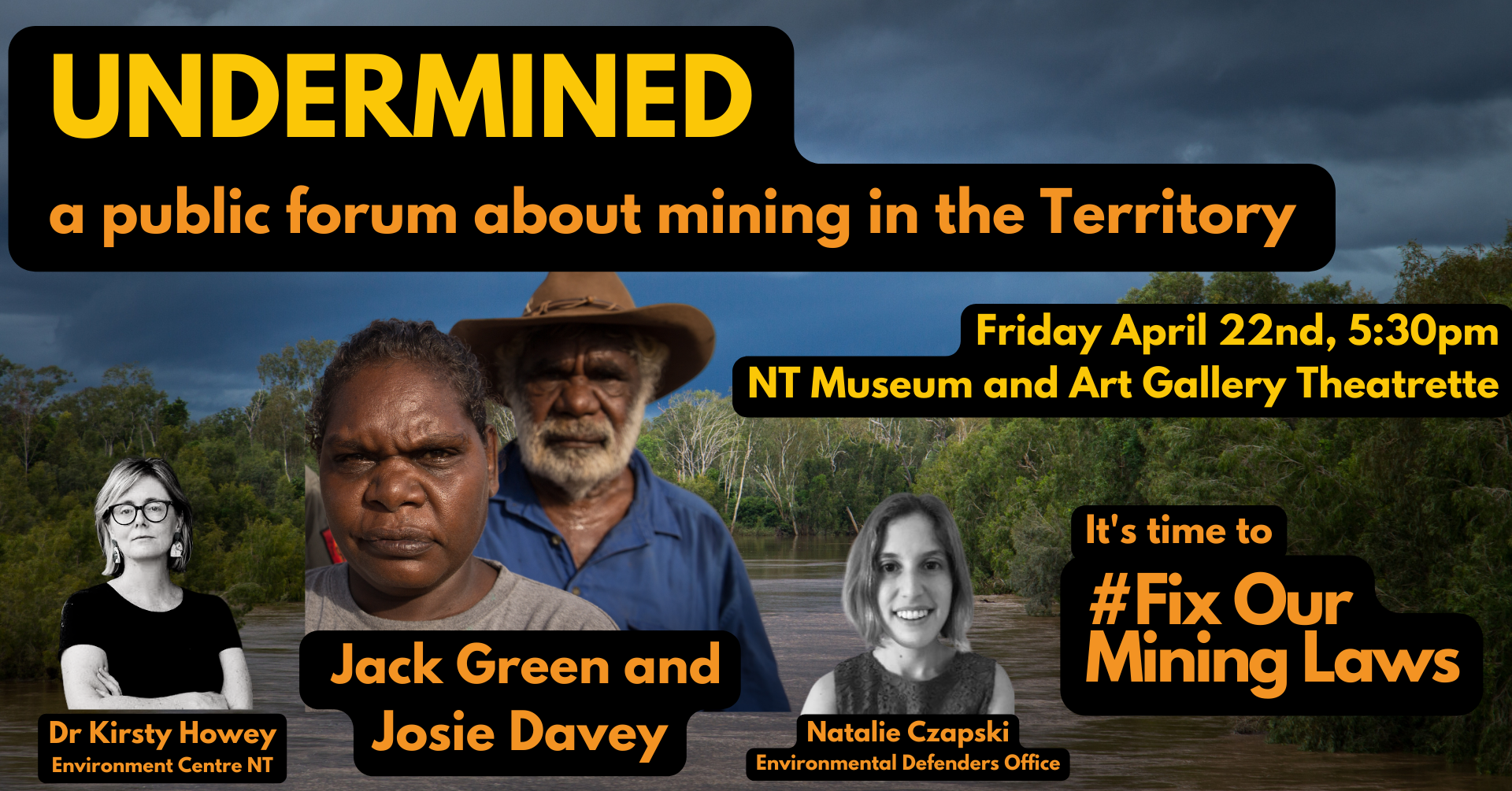 UNDERMINED: a public forum about mining in the Territory

Museum and Art Gallery of the Northern Territory Theatrette

The history of mining in the Northern Territory is shocking and full of injustice. From Australia's most toxic mine, Glencore's McArthur River Mine, to woefully inadequate mining laws, Traditional Owners and environmental groups have been fighting the addiction to untrammelled resource extraction  that has plagued the Territory since colonisation.

But this year there is an opportunity for reform. The Northern Territory Government has committed to releasing new draft mining legislation any day now. This is a once-in-a-generation opportunity to ensure that people, country, and culture are protected, and that we don't let the Territory get treated like it is a sacrifice zone for resource extraction.

Come along and hear from the people who have been standing up and fighting for their country against mining companies for decades, Garrwa elder and artist Jack Green and Gudanji Traditional Owner Josie Davey, who will be travelling from Borroloola to attend the event.

Museum and Art Gallery of the Northern Territory Theatrette