Livingstone Solar is the Northern Territory’s largest locally-owned and financed solar farm, to be constructed 30km south of Darwin near Berry Springs.

When fully operational and connected to the Darwin-Katherine grid, more than 100,000 solar panels will generate 90,000 megawatt hours. It's expected to provide 5% of Darwin’s power demand or the equivalent of 13,000 homes. The $100 million project will provide more than 200 local jobs during its construction phase and will contribute to the regional economy and community through a community benefits plan. Now in its final feasibility stages, it should be “shovel-ready” early next year.

Ilana Eldridge is the project manager of the Livingstone solar farm and director of NT Solar Futures, which owns and initiated the project. Ilana has been in the Territory since 1986.

What impact will the Livingstone solar farm have on NT power prices?

Ilana: When connected to the grid, the Livingstone solar farm will exert a lot of downward pressure on electricity prices for the Territory. Currently, the price of power in the Northern Territory is over $200/MWH. We can produce power per megawatt for under $100. That's a big reduction.

Doing business in the Territory is expensive and a major overhead for Territory businesses is the cost of power. If we can make power cheaper that benefits all businesses and households, as well as unlocking new industries.

A compelling reason to build a solar farm in the Northern Territory is that we have amongst the best solar resources in the world. Even during the deepest of the monsoon time, there is still massive irradiation and ambient light which can generate large amounts of power through solar panels.

In a modern economy electricity is critical. Without it, nobody can do business. To make available cheaper power is of great benefit to the Northern Territory economy, now and into the future.

How will the project benefit the local communities of Livingstone and Berry Springs?

Ilana: The farm will take around nine months to construct and there will be at least 200 jobs created in that process: through the civil works, to the anchoring of the panels, and then all the electrical works required for a solar farm. Most of those jobs will be taken by local people. Construction of the farm also boosts the local economy, including for the local supermarkets, service stations, and shops.

This is an area of the Territory that took a big hit when the abattoirs closed. There are not many other jobs available.

Long-term subcontracting opportunities will be offered for repairs, maintenance, and various works throughout the life of the farm, which is at a minimum of 25 years. That includes keeping the fire hazards low through clearing fire breaks, maintenance of site facilities, and cleaning the panels.

In the past, there’s been a lot of hot, uncontrolled fires because a lot of this land isn’t maintained. We’ll be putting on-site firefighting facilities and a permanent large water tank for the local bushfire brigade, as well as having a permanent presence here on site.

This is also an area that floods annually. Our construction is designed to reduce the threat of flooding to downstream properties. 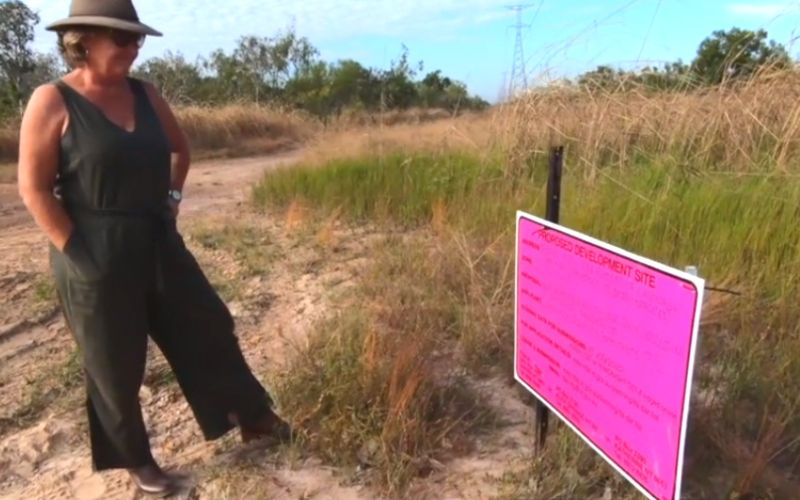 What impacts will this farm have on the local environment?

Ilana: There’s no getting away from the fact that we need to clear something like 30 hectares of natural bush to build this farm. We've done very thorough environmental flora and fauna surveys and designed the farm to have the most minimal impact possible.

For example, rather than having the standard buffers all the way around the farm, we've reduced the buffers on one end so that we could extend the buffer to the creek, which is the only area that has a fairly viable wildlife corridor. That ensures long term integrity of the local ecosystem.

We are also using screw power technology for the anchoring of the panels, which is the least invasive approach that we can come up with. And we'll plant native grass species underneath the panels.

Another issue around here is weeds. Since we took an option on the site we've been doing quite a bit of direct eradication. Gamba Grass is a problem that leads to very hot fires. The local fire brigade chief works with us on reducing the weed load and doing cool burns early in the dry.

We're also creating a community benefit fund where we can provide support and funds to local community activities, including conservation activities.

Once the farm is built, there's no noise because there's very little activity here other than the sun shining down on solar panels. There'll be a permanent on-site presence with a caretaker and a small team who manage the site activity into the future. But basically, we're not going to have large scale industrial activity here. It’s just going to be a quiet patch in the bush. You won't be able to see it as you're driving around.

Do we have many large-scale solar farms in the Northern Territory?

We have a situation where the electricity grid was constructed based on synchronous generators; basically, gas-fired generators which you turn on and they pump out a standard amount of power. Renewable energy is not like that. It's variable power: when the sun goes down, it's not producing power; when big clouds come over the amount of generated power is reduced. So it does present challenges for grid management and that is a major focus of the work we’re doing. Our engineering team is doing a lot to help Power Water Corp manage the grid from that perspective.

The NT is a small market and we're not connected to the National Electricity Market. So at this time, it's not an expansive market that the big companies are all that interested in. That said there is increasing interest from internationals in renewables in the Northern Territory. We have the Sun Cable project, which is a very exciting and visionary project. But it's a long way away. If it did get up, and there was a cable running up to Singapore, that would enable renewable energy power exports into the Asian region. And that's a very exciting prospect. Given the solar resource that we have in the Northern Territory, that could spawn all kinds of new businesses in this field.

But it's been a very hard road to get this far with the Livingstone solar farm. And that's largely the result of resistance within the utilities in the Northern Territory. Renewable energy is new to them. It's requiring resources they don't necessarily have in-house. And it's set against a backdrop of previous government administrations who were focused on gas and the mineral resource sector. So, we're resetting the norm. It's a disruptive industry. 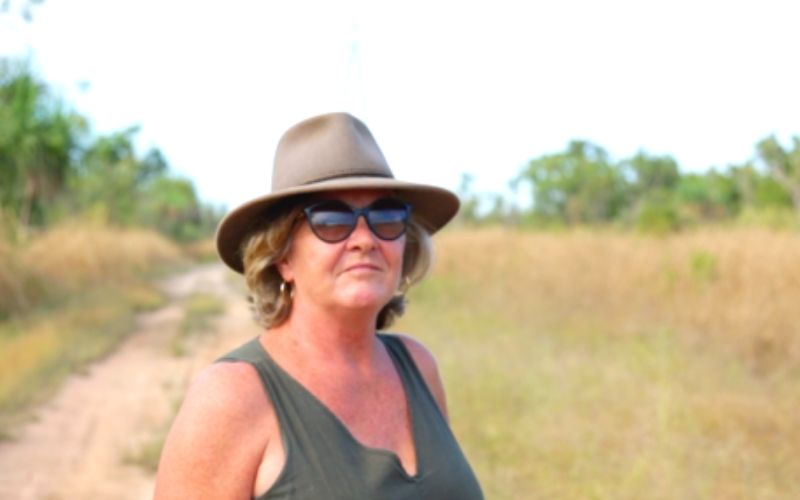 What can the government do to support more build of and investment into large scale renewable projects?

Ilana: All this government needs to do is to implement the recommendations they've already accepted from the Roadmap to Renewables report. They commissioned an expert panel to look through all the issues and barriers that hindered renewable energy from becoming a major source of energy in the Northern Territory. It looked at the structural barriers, the physical barriers, the economic barriers - all of the barriers - and mapped a path towards achieving the government's own stated policy of 50% renewables by 2030.

As I speak today, very few of those recommendations have been implemented. Some have been partway implemented. But it's a roadmap: you can't just do one or two piecemeal, or get halfway through, and expect that you're going to arrive at the end of this journey. It has to be looked at holistically.

We need to have more thought put into future infrastructure development in the energy space. We need to ensure that the departments that are responsible for energy and energy distribution and management in the Northern Territory are on the same page and working in concert with this government, and subscribe to that policy. We also need to have a Utilities Commission that is fearless and brave and works towards those regulatory requirements that enable renewables.

You can have all the best intentions in the world but until you implement the practical realities of preparing a grid for renewables, then you're not going to get there.

How did you end up in the renewable energy industry?

Ilana: Growing up, my mother was one of the first to put solar on a house she built in Western Australia. I think all the locals thought she was bonkers. But we enjoyed a pretty nice standard of living back there on the farm. And I guess I have long been involved and engaged in the Northern Territory, both in the community sector and also in the business sector. I’ve always worked in fields that I believe in.

I think the renewable energy sector has such enormous potential including economy building potential. There’s no real downside. I mean it is a hard industry. If it was easy everyone would be doing it. But I think it fits with my ideology about how we manage ourselves as humans and how we caretake this planet into the future.

From large-scale solar farms to family-owned local solar installers, the Northern Territory's solar industry is generating jobs, boosting the local economy and supplying Territorian businesses and households with local and affordable power. Learn about the incredible Territorians driving the solar transition in our series: Solar stories from the Territory.